Introduction to Ignite Chain — The Next Generation Blockchain For DeFi

Ignite Chain is the next-generation public blockchain protocol aimed to escalate decentralized economy by providing low-cost, fast & secure transactions. It focuses on creating a disruptive decentralized ecosystem on the tip of it. 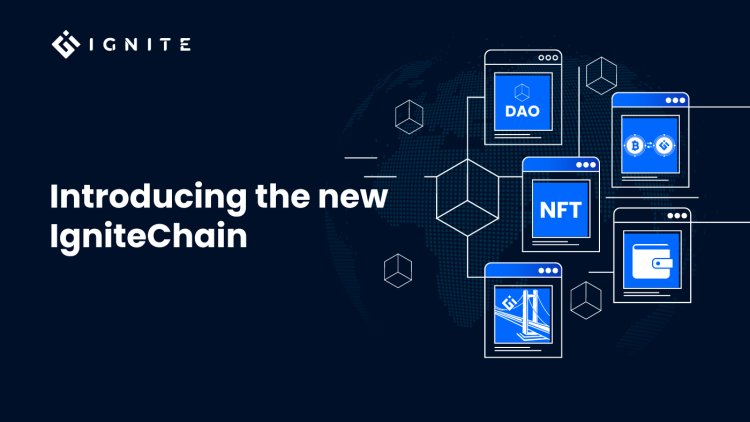 Ignite Chain is designed and developed for mass adoption of blockchain technology by businesses of all sizes. It is intended to serve as the foundation for a sustainable and scalable business blockchain ecosystem.

As being a next-generation blockchain, Ignite is customized to work for specified requirements such as security, transaction & distribution, gaming, multimedia (NFTs), etc.

As the speed of a transaction on blockchain matter the most, Ignite give a seamless transaction experience that is performed under a jiffy. Ignite imparts transactional scalability by spreading transactions across multiple parallel blockchains.

No third-party intermediaries are allowed to obtain data from the Ignite network without the permission of the sovereign authority.

Ignite offers cross-chain transfers of assets or data from one blockchain to another seamlessly.

Ignite Protocols are basically smart contracts built on top of Ignite Chain for the improvement and betterment of end-user experience while enhancing on-chain interaction performance.

GameX protocol is focusing on a better user experience while interacting with gaming and other such graphical memory requiring tasks. GameX protocol lowers the use of guest computing power and instead it uses cloud-hosted graphical power to provide smoother user interfaces.

Reward protocol is called automatically when users & community members are enabled to be rewarded with predefined benefits and bounties. Such benefits include a portion from total gas, community rewards, and airdrops.

Security is the key element for any blockchain thus the Privacy protocol is developed to provide several security layers. Privacy protocol is a precaution and risk-mitigating function that calls upon while the user is interacting with unauthorized entities or malicious actionable parties.

IGT is the native coin for Ignite Chain, which is used for paying transaction fees on the network, stake & delegate to make Ignite network more secure.

As the blockchain and crypto industry is in its early phase, Ignite Chain has plenty of room to grow and solve large-scale problems that the currency decentralized finance sector is missing.

A private sale has started! we have opened our Private Sale to our early supporters and already participated! We are excited to have you join us!

Haxly Group to Invest $25M as Strategic Funding in IgniteChain...