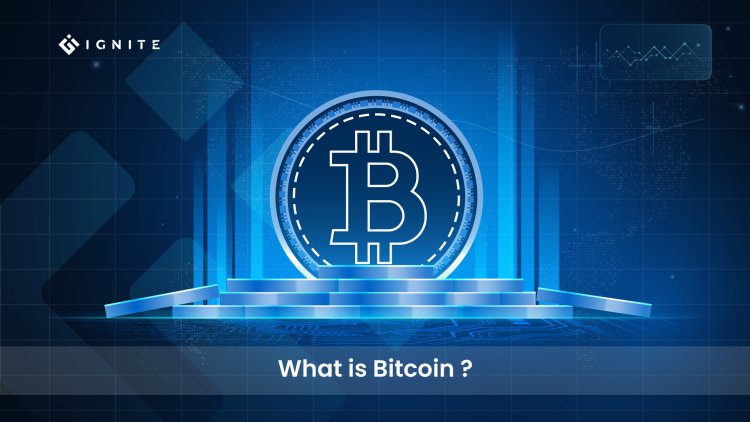 Bitcoin was invented by Satoshi Nakamoto, is an anonymous person who outlined this technology in the 2008 whitepaper. Bitcoin is digital money that allows for secure peer-to-peer transactions on the internet.

Bitcoin can exchange any two people, anywhere in the world can send bitcoin each other with the Bitcoin address, is a unique identifier that serves as a virtual location where the cryptocurrency can be sent

Each transaction involving currencies is tracked on the blockchain, which is similar to a bank's ledger. means every transaction ever made using bitcoin.

With the blockchain, anyone can become part of that network, No company, country, or third party is in control of it, the bitcoin blockchain is distributed across the entire network.

How does Bitcoin work?

Once you've opened your bitcoin wallet, it will generate your first Bitcoin address, with this address you can send or receive bitcoin

Bitcoin Mining is a distributed consensus system that is used to confirm pending transactions by including them in the blockchain. that allows different computers to agree on the state of the system to be confirmed, Mining also creates the equivalent of a competitive lottery that prevents any separate from easily adding a new block to the blockchain.

Bitcoin is controlled by all Bitcoin users around the world

How does it hold its value?

In short, Bitcoin has value People believe Bitcoin will one day be worth more than it is today, which increases their demand for it, and its value continues to grow, similar to gold.

How Bitcoin is secured?

Bitcoin is backed by a special system called the blockchain. Compared to other financial solutions, the blockchain is an improved technology that relies on secure core concepts and cryptography

Top 10 Most Expensive NFTs Ever Sold

What is Cryptocurrency Mining?

What Is a Cryptocurrency Airdrop?

What Is Yield Farming?

What is Cryptocurrency and how does it work?