What is Cryptocurrency Mining?

Cryptocurrency Mining is the process by which a network of specialized computers releases new Bitcoin and verifies new transactions. 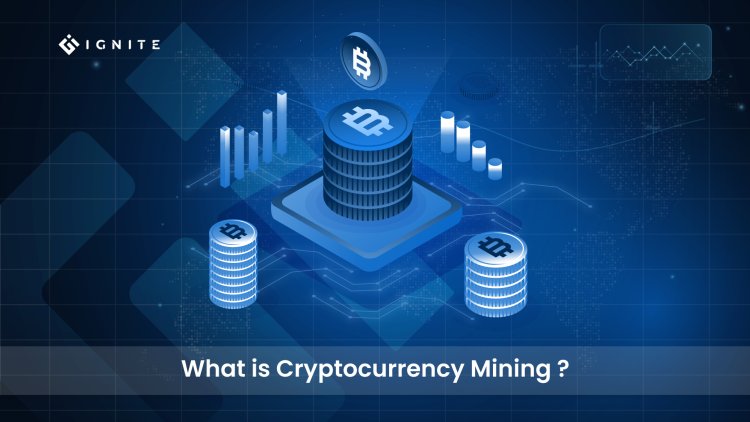 Mining is the process that cryptocurrencies generate new coins and verify new transactions. decentralized networks of computers around the world that verify and secure blockchains-the virtual ledgers that document cryptocurrency transactions. It contributes to their processing power, computers on the network are rewarded with new coins.

How does Mining work?

You can mine Bitcoin or other cryptocurrencies anyone with a decent home computer could participate, but with the computational power required to maintain, Bitcoin mining is a very profitable industry. Bitcoin mining is running by a big data center is required to mining hardware and a huge amount of electricity to keep it running, mining is profitable, the value of the earned coins has to be higher than the cost to mine those coins, to know how Mining works

The blockchain is updated by adding new blocks of data to that chain, which contains information about Bitcoin transactions. To add a block of new transactions to the blockchain, miners must calculate the correct random numbers that solve a complex equation the blockchain system has generated. after they do, a set of rules generate into Bitcoin's code awards the miner a certain amount of Bitcoin. in short, is the process of mining

Miners use expensive and complex mining rigs and more electrical power to complete the computations to mine Bitcoin. if you fulfill this The requirement is that you can achieve more guesses at the correct solution to the blockchain equation, and increase the chance to find the correct answer. means you get more rewards

Once the miner finds that answer a block gets added to the ledger. The miner who solved the equation is rewarded with Bitcoin and any fees for the transaction that are added to the blockchain ledger. after that, the entire process starts again until someone finds the solution to the next equation so the next block can be added.

Why mining is important?

Releasing new coins into circulation, mining is central to Bitcoin's security. it verifies and secures the blockchain, which allows cryptocurrencies to function as a peer=to-peer decentralized network without the need third party. and it created the incentive for miners to contribute their computing power to the network

What is a crypto wallet?