A Metaverse is a network of 3D virtual worlds focused on social connection and it can be defined as a simulated digital environment that uses augmented reality (AR), virtual reality (VR), and blockchain, connected with social media concepts, to create spaces for rich user interaction mimicking the real world. Mainly Metaverse is used in Games, Meetings, and Shopping. 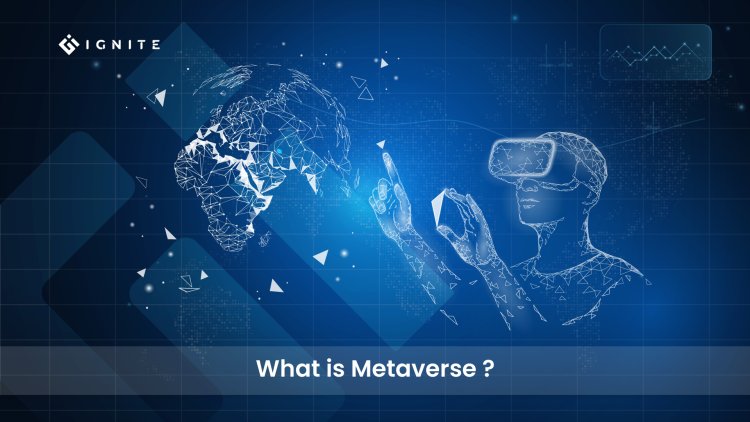 The Metaverse is an immersive next-generation interpretation of the internet, probably rendered by virtual or augmented reality technology.

The term Metaverse arrived by Neal Stephenson in a science fiction novel approx 30 years ago, describe a virtual world in wide use in his imagined future a 21st century the metaverse is a virtual reality world depicted as a planet-encircling market where virtual real estate can be bought and sold and where VR google wearing users inhabit 3D avatars whose form they have the freedom to choose.

What is the difference between VR and AR?

VR is an immersive experience where one puts on a headset and sees, and can operate within, a digital world. VR now uses full headsets rather than glasses, immersing the user in a 360 virtual world that they can move around in as long as they don't bump into physical walls.

AR is a digital overlay projected on the real world. Think of Niantic's Pokemon Go, Snapchat's dancing hot dog, or even wearables like Google Glass. While Google Glass never took off, we could soon be looking through AR-connected glasses such as Facebook's Ray-Ban Stories or Snapchat Spectacles.

Extended reality is a catch-all term for VR, AR, and MR, concepts that often overlap. Eventually, the lines between VR, AR, and MR might blur as the Metaverse becomes a reality making XR a more suitable term.

What will the future of work in the metaverse look like?

Evaluation of content creators and storytellers that can span across virtual worlds, virtual goods, NFTs, token gates, commerce, and communities.

Redeployment of event producers that specialize in metaverse experiences such as art shows, sports events, sightseeing and travel, parties,

The components of the Metaverse continue to expand very quickly, it is difficult to base a business strategy on dynamic space, characterized by explosive growth and the continuous innovation of new entrants, also the costs and risks of engaging early in order to build internal property.

What Is a Cryptocurrency Airdrop?

What is a crypto wallet?

What Is Yield Farming?